Joined An Avalanche, Never To Be Alone Again
CARLOS IRIJALBA 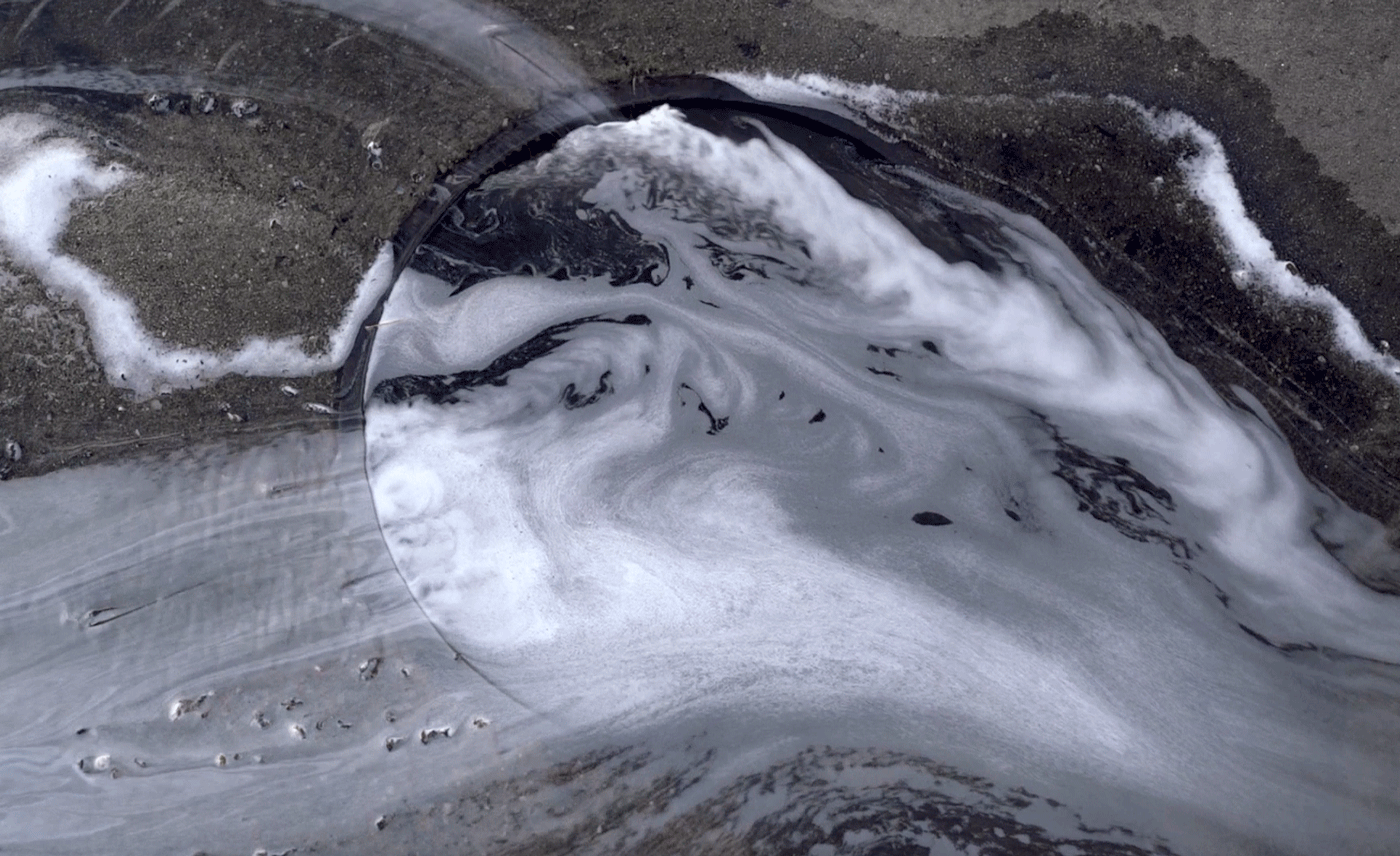 The solo exhibition Joined an Avalanche, never to be alone again by Carlos Irijalba (Pamplona, 1979) consists of new and existing installations, sculptures and photography, spread over the three floors of A Tale of A Tub. The last years, he has been mainly working with raw matter that is already present in the world and the landscape or matter manufactured through industrial processes. On view in the former bathhouse are aluminum columns with deviations, failed bone-like objects made of metal foam, raw leather cowhides and intricately braided exhaust pipes, symbolically marking the entanglement between nature, culture and politics.

“As a stone I could roll down a hill joined by an avalanche, never to be alone again.” (Stefanie Hessler, A Rock Turns into a Frog, Carlos Irijalba 2021) An avalanche is usually a large mass of snow coming down a slope, but can also refer to a crowd of people in a football stadium or shopping center. Just as with hurricanes, various complex natural and social factors play a role in the formation of snow avalanches. The title refers in that sense to the fragility of the system we inhabit. Flowing is not a unique quality of fluid according to Irijalba: matter and biomass are subject to a combination of flows and critical intensity points as well. They manifest themselves as such in relation to our space/time perspective. The dynamics of the living and the inert, the anthropic and the natural, the soil and the social are in fact deeply woven into the landscape and ultimately into ourselves.

The exhibition is generously supported by the Municipality of Rotterdam, the Mondriaan Fund, Stichting Stokroos, and Acción Cultural Española (AC/E).