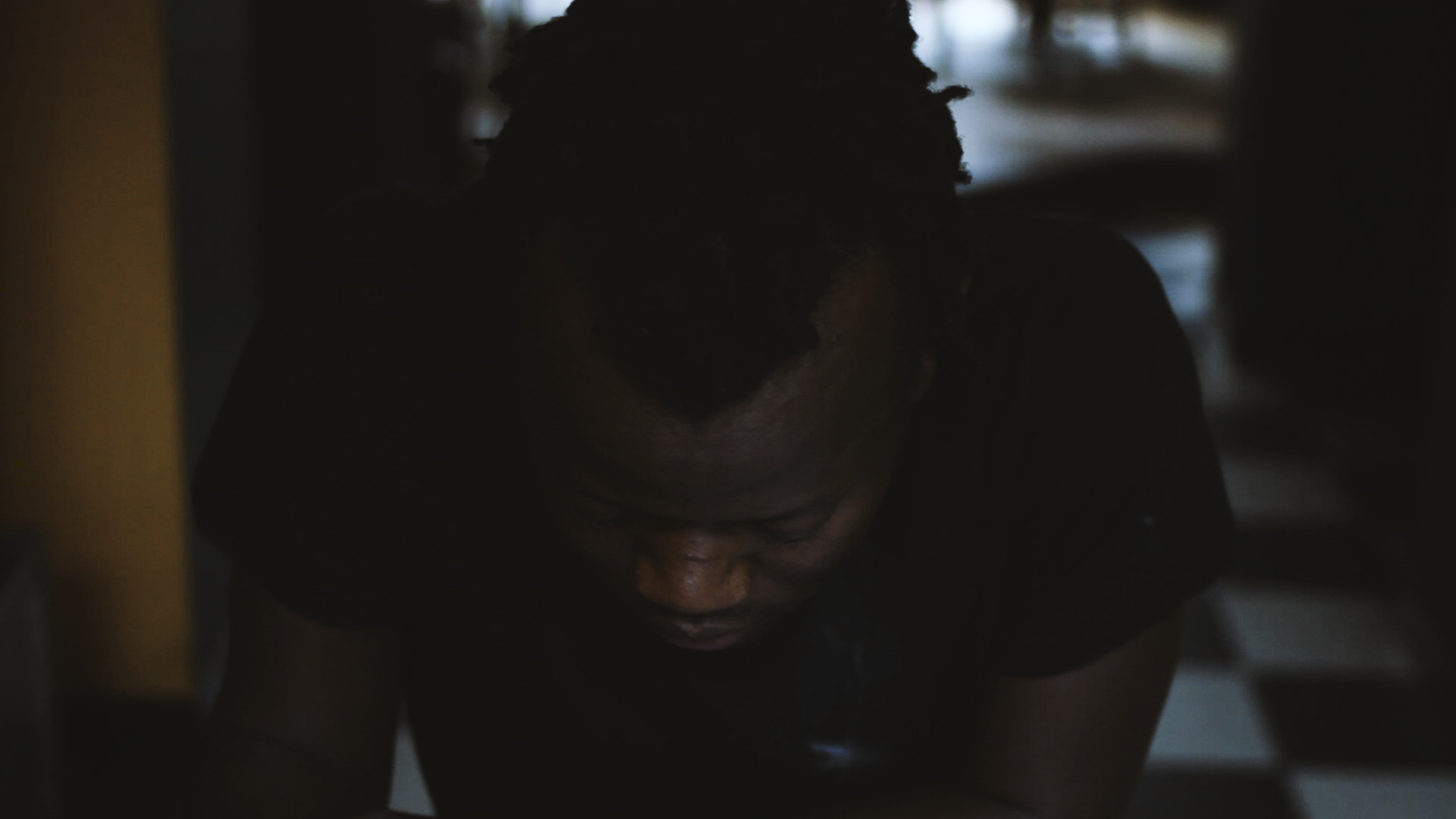 Hamza Halloubi’s exhibition Traveling instantly grabs the visitor's attention as they enter A Tale of A Tub. Amidst the short video portraits there seems to be no escape from the piercing, and volatile gaze of the people staring into one of Halloubi’s camera lens.

With little camera movement, Halloubi shifts the position of the observer and the observed, escaping the authority of the camera as well as the position of the author and the spectator. The encounter with ‘the other’ through the reciprocal gaze is an important aspect in Halloubi’s unedited portraits. The videos allude to the theories of Sartre and Levinas, who argue that identity is not formed in isolation; but rather that the other is essential in the construction of self-image.

Halloubi juxtaposes various gazes. In the film 28 Seconds (2012) we see a man staring at something which remains outside the frame. When he suddenly lifts his head and gazes straight into the lens, the camera seems to avert its own gaze. We then see what the man was staring at: a portrait of a Puerto Rican woman taken by the photographer Diane Arbus. In just 28 seconds all perspectives converge: the meeting between the camera, the portrayed, and the public. Simultaneously there is a strong reference to the ongoing impact of colonial representation.

Halloubi stages a similar collision of (world) views, between the viewer and ‘the other’ in the work Travelling (2016). A woman looks at a rare 19th century photograph which shows a slave reading to a group. The woman looks up unexpectedly and appears to put the camera in motion; catching the eye of the artist. The viewer is enveloped in the field of tension between the artist and subject, between a man and a woman, between past and present.

The conversations between various distinct gazes in Halloubi’s work are ambiguous. They can be understood as that of the camera itself; hence the look of the artist and by extension the look of the spectator. Yet they also function as ‘the look returned’; the reciprocal gaze of the person being filmed. In his films Halloubi stages those rare moments when two gazes encounter each other. A moment which is both seductive and violent, undermining the way we look at one another and challenging us to look anew.