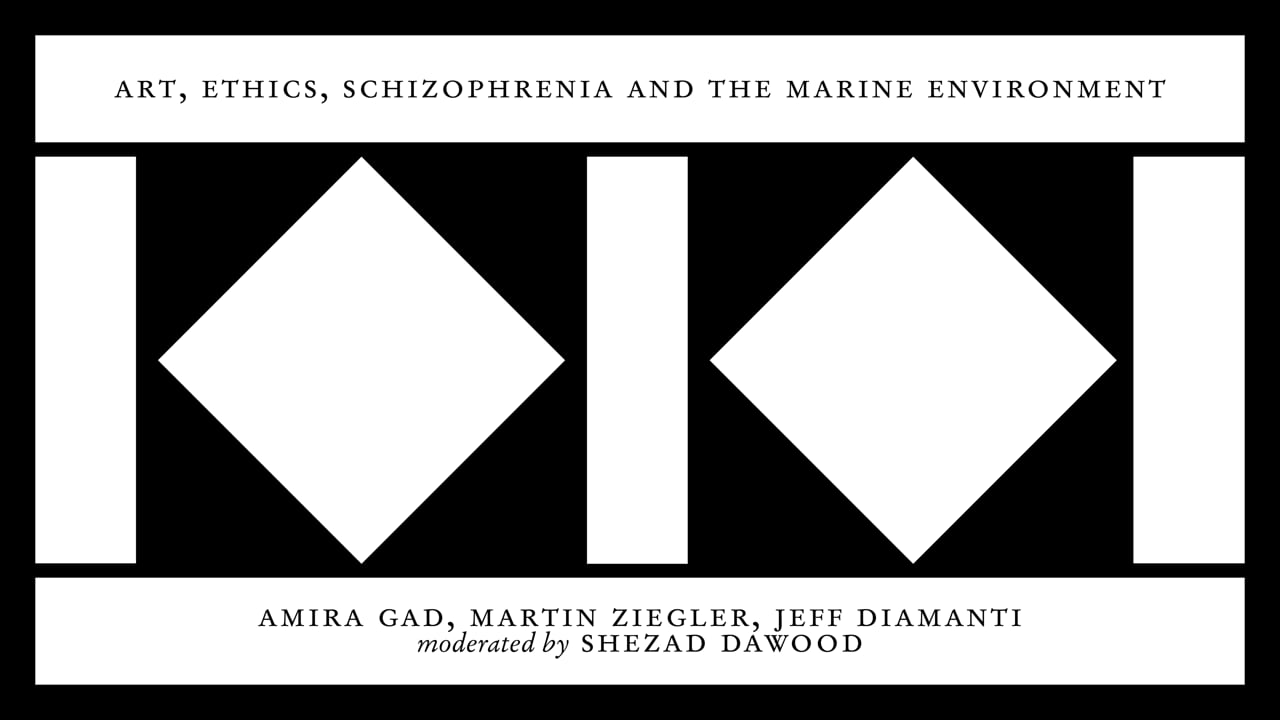 A Tale of A Tub and HE.RO present an afternoon of screenings, talks and a panel discussion on Saturday 24 November during Amsterdam Art Weekend, from 13:00 to 18:00. Art, Ethics, Schizophrenia & the Marine Environment is organized in the context of Shezad Dawood’s ambitious project Leviathan, a ten-part film cycle conceived and directed by the artist, that was inaugurated in Venice in 2017 to coincide with the 57th Art Biennale.

In dialogue with a wide range of marine biologists, oceanographers, political scientists, neurologists and trauma specialists, the Leviathan Cycle explores notions of marine welfare, migration and mental health and their possible interconnections. Leviathan is set in an imaginary future whose inhabitants are the survivors of a cataclysmic solar event. Each of the ten episodes is told from the point of view of a different character and follows them as they drift across Europe, Asia and North Africa, encountering a series of idiosyncratic communities. Leviathan explores where we could be if a deeper understanding of trauma and climate erosion is not found, leaving us to deal with not only a humanitarian crisis, but a wider crisis affecting our entire biosphere. How do we respond to the key challenges that face us?

Whereas the first three episodes of Leviathan were premiered in Venice last year, episodes four and five premiere in Amsterdam (at HE.RO) and Rotterdam (at A Tale of A Tub) respectively, during Amsterdam Art Weekend 2018.

This film, narrated by a character called Ben, starts with the words The world was ending as it had been doing for millennia. It is a visual feast of found footage, carefully edited with new film and a powerful soundtrack. Ben recalls childhood memories of visiting his marine biologist father’s place of work, The Natural History Museum in London. These memories are intertwined with the back-story of a global disaster, which sets the narrative of the Leviathan Cycle.

In the second episode of the cycle we meet Yasmine, as the film follows the inner monologue of its central character: a young woman of Moroccan–French descent who is living alone within a deserted structure in Plymouth on the south coast of England, with all its associations with the Mayflower and the colonial navy. Part way through, her stream-of-consciousness is interrupted by the invasion of her private space by a young man. Is this the same young man, Ben, who narrates Episode 1?

Recent aesthetic interventions by Shezad Dawood, Chris McCaw, and Olafur Eliasson help focalize the present through the figure of the beach—that originary landscape where sea and land mix matter, distributing solar and lunar energies in turn. These medium-specific heliotropisms, as I refer to them, offer unique and plural forms of critical perception that help accelerate the process of letting climate change theory, each using distinct mood, materiality, and temporality. If it was on a sunny day at the beach that critical theory (as it was enumerated by Horkheimer and Adorno) witnessed the absorption of the subject into the logic of capital, then it is to the terminal beach of critique that we return today now that this same subject appears to be under erasure. In my reading, the return to the beach is not an effort to save that subject, but to re-attune to an aesthetic apparatus of perception necessary for its redefinition.

In the third episode, we hear from Arturo, leader of a religious community on an island in the lagoon of Venice. This community has fallen into depravity and madness, and worship the worm as the symbol of endings. Into their midst come Ben & Yasmine…

Leviathan Episode 5: Ismael looks at issues around cargo ships, international waters and free trade zones, and how maritime law creates a whole separate legal infrastructure. These human aspects of international trade, and globalization are paralleled with the migrations made by marine fauna, to look at ideas of frictionless trade, in relation to how the concept of ‘conservation’ might be applied to humans as much as to animals.

Do come and join us on November 24. Art can’t change the world, but art can activate conversation and, perhaps, find new ways to think.