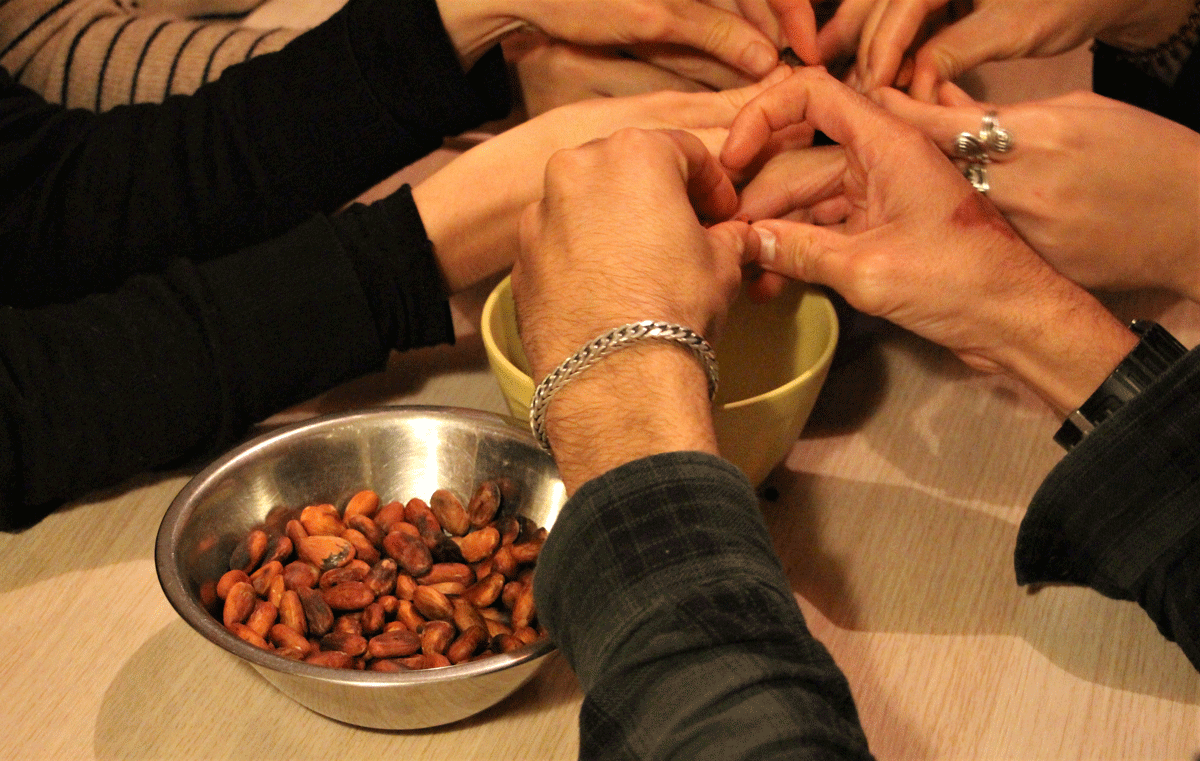 This performance reflects on our bodily relations with the Earth and the exploring of the metaphysics of food. Inspired by the ancestral agriculture in Mesoamerica where corn, beans and squash grow in enrichment with each other, as the famous “three sisters” - Milpa. We invite our participants to rethink our relations with other beings on Earth. How can we re-member our bodies as part of a living territory, outside of an anthropocentric or individualist viewpoint into a collective relationality?

Weaving Realities is an artist collective that organizes public performances and workshops around the concept of “sentipensar”, thinking through feeling, and the concept of “practical decolonization”, which aims to re-educate ourselves into living in harmony with each other and with nature. The collective consists of Yuchen Li and Aldo Esparza Ramos, who are based in Amsterdam.

We are a collective located in the community of Sinanché, Yucatán, in southern Mexico and we are part of the generation that is returning to the soil, to find back the ancestral ways of living together with others. We are practicing collective solutions to the challenges that we are facing as Mayan people today, such as the impossibility to live off the land and artisanal fishing, due to the devastation of the soil by the invasion of monoculture, agrochemicals and the climate crisis. These circumstances have led to the displacement of several generations to the cities in the pursuit of support for their families. We return to our Mayan ways of building houses, cultivating milpa, and taking care of the seeds and native bees, thus regenerating our ways of inhabiting the territory. The guest of the collective is Valiana Aguilar based in Sinanche, Mexico who will be temporarily in the Netherlands in spring 2022.